On 6 November 2020 MGHRO organised a conference in Budapest which was the part of the #BlackLivesMatter programme. Partners and members networks of the MGHRO network met in an engaging forum to mitigate on issues of racism and all forms of historical discrimination in Hungary.

The profound discussion comes a few days after a media report published a controversial article explicitly discriminating on race and negatively reflecting on immigrants in the state. In attendance were key government representatives including a Member of Parliament, Anett Bősz, and a Vice Mayor of the City of Budapest. They thoughtfully accounted on personal experiences and realities of the issues prevailing in society with a view of echoing the issues to parliament.

The conversations under the #BlackLivesMatter programme saw a different dimensions of the round table dialogue on all forms of discrimination beyond colour, making it a “Black and White” subject on prejudices. Distressing and personal encounters were described by victims from African, Roma and Jewish decent. Matters highlighted in the forum included ways of altering hate speech and institutional racism as the most powerful source of domination and radicalisation.

Football in memoriam of George Floyd

On 7 November MGHRO organised a #BlackLivesMatter football match in Budapest. The amateur league match between Mahatma Gandhi African Stars Football Club and MTKVM club kicked-off with the moment of silence to commemorate the death of George Floyd – an African American man killed during an arrest after whose death the protests against police brutality, especially toward black people, spread across the whole world.

By organising this match MGHRO wanted to use the sport as a tool to fight against racism and discrimination. The match is planned to set the starting event of a series of similiar demonstrations at football matches not only in Budapest but also in other Hungarian cities. 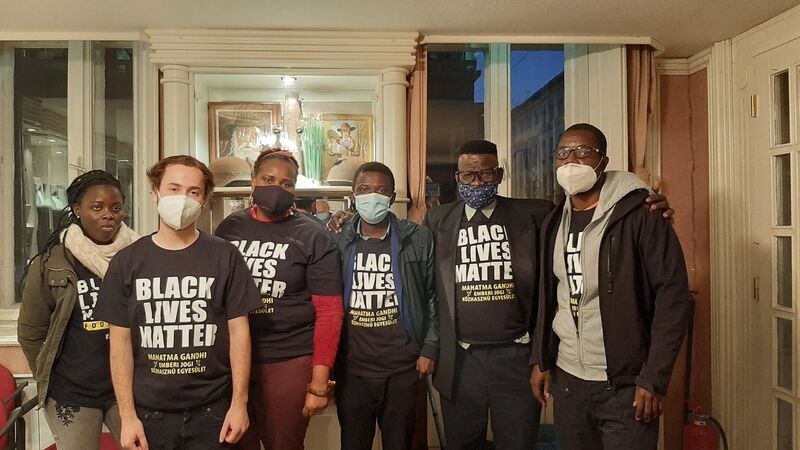 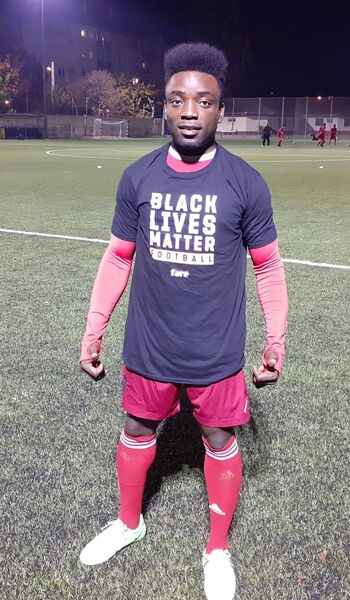 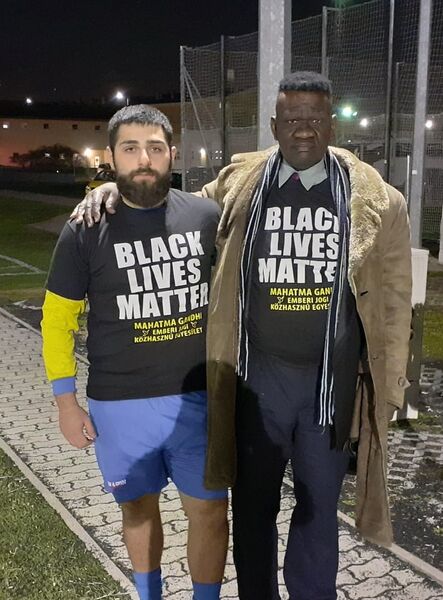 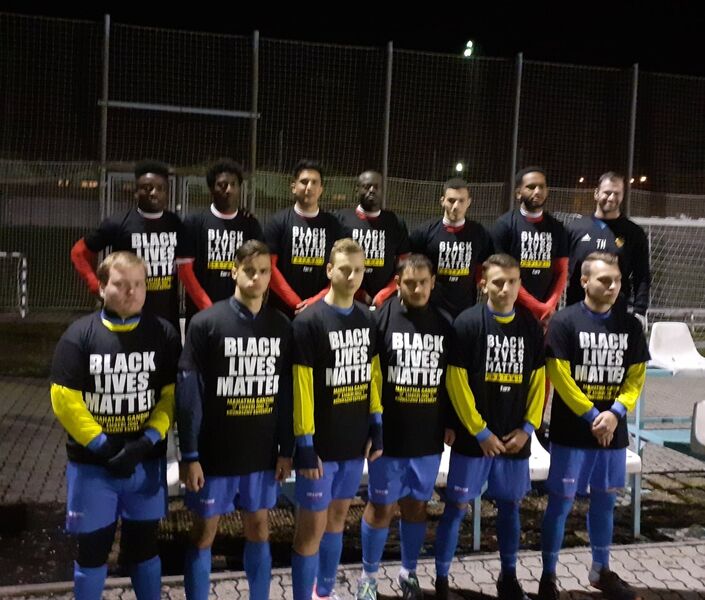 ← Prev: Support Anti-Racism work in Hungary – Get a Solidarity T-Shirt Next: A white girls sport? →
BACK