Action research for inclusion: Migrant and refugee women in sports

The project “Sport Inclusion of Migrant and Minority Women” (SPIN Women) has aimed to encourage social inclusion and equal opportunities for women and girls with an immigrant or ethnic minority background through increased participation in sports and recreational physical activities.

The three researches were now published together with an introduction by Victoria Schwenzer into the method of Action research by the SPIN research partner Camino. To download the Action Research report, go to: Action research for inclusion

Action research as a methodological strategy of non-white knowledge production had an important impact for the SPIN network, as the feedback of the partners had shown.

Action research is a practice-oriented methodology that draws on a diverse set of participatory methods and reconceptualises research as a mutual process. The approach explicitly aims to achieve social change by positioning individuals affected by a particular social circumstance as experts of their condition. Action research employs a down-to-up, collaborative inquiry to knowledge production and focuses on the individual experiences and voices of the participants. The SPIN action researchers dive closely into the everyday realities of migrant athletes and jointly reflect upon the difficulties and barriers they encounter in sports. The three researches took place in Berlin/Germany, Graz/Austria and Helsinki/Finland. 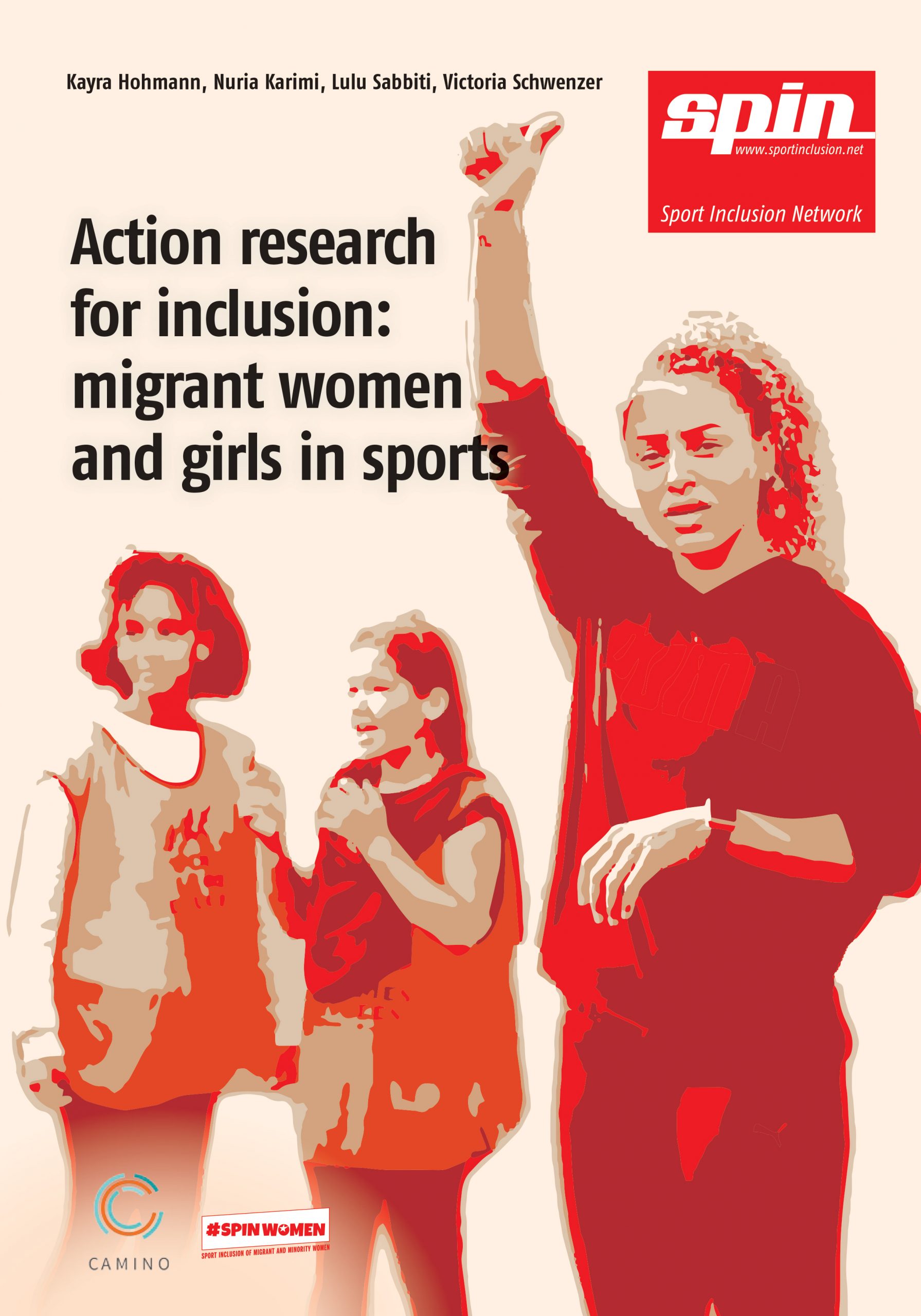 Kayra Hohmann conducted the SPIN action research in Berlin, Germany. The small study focuses on the experience of five athletes and explores the potential of non-mainstream sports clubs to increase participation and inclusion opportunities.

Non-mainstream football clubs (also referred to as alternative clubs) are non-profit organizations that target migrants and/or refugees and are usually maintained through volunteer work. Drawing on participatory observation and narrative interviewing methods, the action research gives practice-oriented insights into the experiences of young refugee athletes in the Berlin football scene.

The research identified five key features which organisations can use to increase participation and inclusion, including membership, flexibility, support, social life, and anti-discrimination policies.

1. Membership: The team’s composition contributes to a sense of belonging to sports. Since most athletes in non-mainstream clubs have experienced flight or migration, the participants felt that sharing similar life stories contributed to a positive experience.

2. Flexibility: Coaches in alternative football clubs are familiar with the everyday realities of their athletes. Those who recently arrived in Germany said they played football for stress relief and did not have time to join practice regularly. While many “regular” clubs penalize missing attendance and shorten the playing time on the field, non-mainstream clubs do not obligate the athletes to attend, thus adjusting to their players’ individual needs and capacities.

3. Support: Alternative clubs provide a support network. Trainers are often involved in the lives of the athletes and give emotional guidance in familial or romantic matters. Further, as the players and coaches are familiar with the bureaucratic regulations and hurdles of arrival, they help participants find housing, connect them with NGOs, or refer them to translators and social workers.

4. Social life: Non-mainstream football clubs employ team-building capacities outside of practice. They include their players in social life by organising field trips, workshops, dinners, and gatherings. Women who recently arrived in Germany often made their first acquaintances and friends within or through the social activities. The participants saw their club not only as a place to work out but as a social space for leisure time, which they particularly valued as finding social contacts can be particularly difficult outside a school or assisted housing environment.

Most of these sporting organisations rely on volunteers; they are underfunded and need further financial sponsoring. As such, they often play with big teams that are open for any skill level, which is a problem for those athletes who are more professionally skilled.

Another barrier perceived by the participants was that some of them wished to play in “regular” sports clubs but ended up in non-mainstream sports because they did not have another option due to language, a former bad experience or lack of information. While some of the outlined features and inclusion strategies are inherent to non-mainstream football, mainstream clubs can improve their participation opportunities substantially by adjusting to their athletes’ life situations, providing means of support, and implementing anti-discrimination club policies.

The long version of this article has been published by sportanddev as part of a partnership with UNHCR, the UN Refugee Agency, see:  Link

The author Kayra Hohmann is pursuing a multidisciplinary graduate degree in Social Sciences at Humboldt University Berlin. She currently works as a research assistant with Camino and specialises in migration studies. She can be contacted at kayrahohmann@camino-werkstatt.de.